There are a number of initiatives being Proposed and reviewed at the London Assembly of which many are going to impact how individuals live their lives in respect to moving around the city.  Here are links to a few of them: [Click on the image]  There is a facility on each initiative to provide feedback. 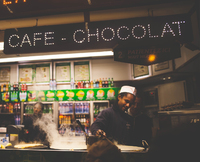 An initiative to restrict people to live in their localities.

This initiatve uses the pandemic to revisit peoples health and wellbeing.  Looking a measures to get us fit etc!.

Click on St Pauls and it will take you to the Mayor of London's London Assembly Page from which you can access the current plan for London [2016] and get details on the proposed new London Plan.

Sponsored and funded by the London Assembly:

London TravelWatch is the official watchdog organisation representing the interests of transport users in and around the capital.

Review all appeals about transport in London with a view to achieving a more satisfactory outcome wherever possible. We deal with services operated or licensed by Transport for London, which includes: